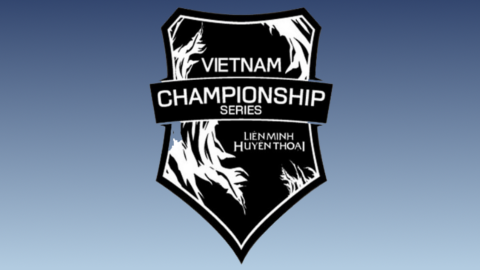 The 2020 Vietnam Championship Series Spring Season is the first split of the third season of Vietnam's fully professional League of Legends league as an independent region. In the spring season, Eight teams will compete in a round-robin group stage. The top four teams continue on to offline playoffs.

The top four teams will advance to playoffs, while the 2 bottom teams will be seeded to the 2020 VCS Summer Promotion.

More information will be added as soon as it's available.

2020 Vietnam Championship Series Spring
Create your widget
Create your own Esportsguide-widget Add it to your website or blog
Our site saves data locally in cookies to make it easier for you to use our pages. Read our privacy policy
https://www.esportsguide.com/wp-content/themes/esg-2018