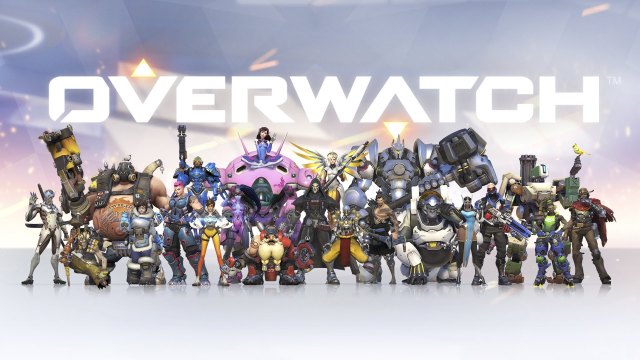 A Basic Introduction to Overwatch

Overwatch is a team-based first person shooter published and developed by Blizzard Entertainment. The two teams compete against each other to finish different kinds of objectives within a certain amount of time whilst also fighting each other.

The game is often described as a “hero shooter” due to the fact that each player individually selects a hero to play in every match, from a roster of 30 characters. All of which are divided into three different categories that suit their playstyle (tank, damage and support). The game features a very bright and cartoon-like theme, something that makes it unique compared to other shooters.

The game was released on May 24, 2016 for both Windows, Playstation 4 and Xbox One. The idea for the game came about after Blizzard cancelled their secret project “Titan” which was supposed to be a massive multiplayer online role-playing game within the same universe as Overwatch is taking place. So some of the game’s assets and parts of the lore was borrowed from project Titan.

The release of the game was promoted with a couple of short animated videos that introduced its characters in a really amazing way that managed to build up huge hype, and they received a lot of good critics for their art style and interesting collection of characters . Since its release, the game has gathered a big fan base and also managed to maintain a presence on the esport scene. As of may 2018, Overwatch had around 40 million monthly players.

In Overwatch there’s two teams of six players each. Every player also picks a hero out of the roster, and these heroes are divided into three different categories. If you want to play a hero that’s focused on dealing high damage to the opponents you should play a hero from the “Damage” category. The heroes from the damage category often lacks a big pool of health, so they need to be played with some caution. If you would rather like to support your team with healing abilities, crowd control or even resurrect your fallen teammates, you should go for a hero from the “Support” category.

The last category “Tank” includes heroes that can soak up a lot of damage from the opponents before dying, whilst still dealing a good amount of damage. The setup of your team can be the key to victory, as a good synergy is very important.

For example, a team full of support characters would have a very hard time dealing enough damage to put any pressure on the enemies to control or push the objective. You would preferably have 1-2 tanks, 1-2 supports and the rest damage, depending on your team’s playstyle and what setup of heroes your enemies are playing with.

Each hero has a unique set of skills that can be used to either attack enemies, or support/enhance yourself or your teammates. All skills have different cooldowns, this means that after a skill is used you have to wait a short moment before you can use it again.

During this cooldown you also have access to different kind of weapons depending on which character you play that can be used to deal damage to your enemies. All heroes also have an “Ultimate” ability, a much stronger ability with an even longer cooldown that can really turn the tables in the middle of an intense fight.

All of these Ultimate abilities have pretty clear sound cues that can be heard when they are activated, so keep your ears open! It’s really important to have a good knowledge and understanding of how each hero work, since this can give you an edge on how to counter their abilities.

You also need to make sure that you have a good knowledge of what kind of setup your team should play to counter the enemies. It’s recommended that you learn to play efficiently with more than one hero, since your first pick might not always be the best choice for the current situation.

There are different kind of game modes, with some being seasonal and only available for a certain amount of time. But the most popular mode is the competitive mode in which two teams are either escorting a payload between different points on the map, or securing control points.

While playing competitive, you are taking part in a ranking system that gives you a certain amount of points if you win, but if you lose the match you will also lose points which will make your account rank lower. For this mode there’s leaderboards in which the top tier players compete to reach the highest rank within each season.

If you would prefer to play the game more casually without being worried about ranking and not performing at your best all the time, there’s also a couple of casual game modes you can play. There’s “Quick play” which is a game mode that’s very similar to the competitive, but without the pressure of rankings and leaderboards.

Playing in this mode is a great way to improve and get a good understanding of all the mechanics in the game and comfortable with your heroes. There’s also an “Arcade” section, and this is where you can find the ordinary Team deathmatch, deathmatch and other modes. This is also where you can find the seasonal events that are available in the game for a limited time. For example, during the 2018 Summer Olympics, Blizzard added the game mode “Lúcioball” which were a futuristic soccer game.

While playing, you are also acquiring experience points that level up your account, and for each new level you reach, you are awarded with loot boxes that contains cosmetic items which allow you to customise your favourite heroes. These loot boxes can also be purchased for real money, but everything you unlock with loot boxes only affects how your character looks or sounds, and does not affect gameplay in any way.

Overwatch was released without any expectation that it would hit the esport scene, but after some internal testing they quickly realised that the game had potential to become really competitive. The first properly organised competitions in Overwatch started in August 2016, with the Electronic Sports League arranging “Overwatch Atlantic Showdown”.

Blizzard also announced the “Overwatch League” at Blizzcon in 2016 in which city-based teams backed by sponsors and team owners compete. Blizzard are also arranging Overwatch Contenders, another league where aspiring players compete to hopefully win and get moved over to the big league.

There is also Overwatch Open, another league where the top players from the competitive modes leaderboards are allowed to compete to try to get moved up into the Contenders league. The open division is played in seven different regions: Europe, North America, South America, Australia/New Zealand, Southeast Asia, South Korea and China.